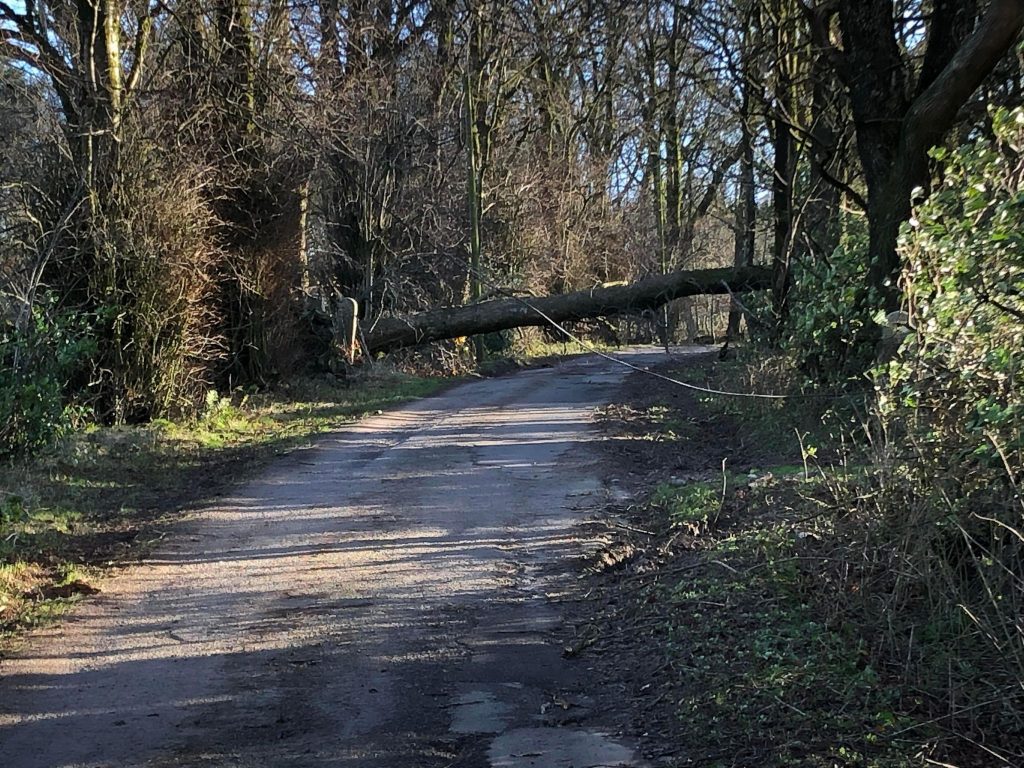 Storm Arwen is clearing the UK with winds gradually easing though further areas of rain, sleet and at times snow will affect the country.

The strongest of winds have now passed, with the top lowland gust recorded at Brizlee Wood in Northumberland at 98mph.

Impacts from the storm have been felt across the UK with power cuts and disruption to transport links widely reported. Some of the worst impacted areas include Aberdeenshire, Angus, Perthshire and the Moray coast. Wave hights of 11m were recorded in the outer Firth of Forth.

Chief meteorologist Steve Ramsdale, said: “Storm Arwen has delivered some dangerously strong winds overnight, with gusts in excess of 90mph recorded and sustained windspeeds of over 60mph. The strong winds will move south across the UK through the day, gradually weakening. Warnings are in still in force through the day and there has been widespread disruption so check and follow advice from local authorities before you head out.

“There is a chance of snow in some locations, particularly the higher ground in Scotland and Northern England where we have already seen some accumulations. Any snow falling at lower levels is likely to be short lived.”

Storm Arwen will continue to move southwards and weaken before decaying across northern France later on Saturday. A new low centre has formed over the Netherlands helping maintain strong winds along east England overnight into Sunday before this too weakens.

With a cold night ahead and showers feeding into Scotland and northern England, a Yellow warning for Ice has been issued from 17:00 on Saturday to 11:00 on Sunday morning.

In the UK Sunday will be a much more settled day, with many areas of England and Wales remaining dry and fine away from some coastal showers. Northern Ireland and Scotland however will see some further rain and perhaps snow, mostly for high ground. It will continue to feel cold with a northerly breeze and with clear skies overnight will lead to some very low minimum temperatures both Sunday and Monday mornings with temperatures below -10°C possible in areas with snow cover across Scotland and Northern England.

After a milder interlude at the start of the week, there are signs of further cold conditions moving in from the north by the middle of the week.