Adam And Darren Will Go A ‘Fairway’ For Charity 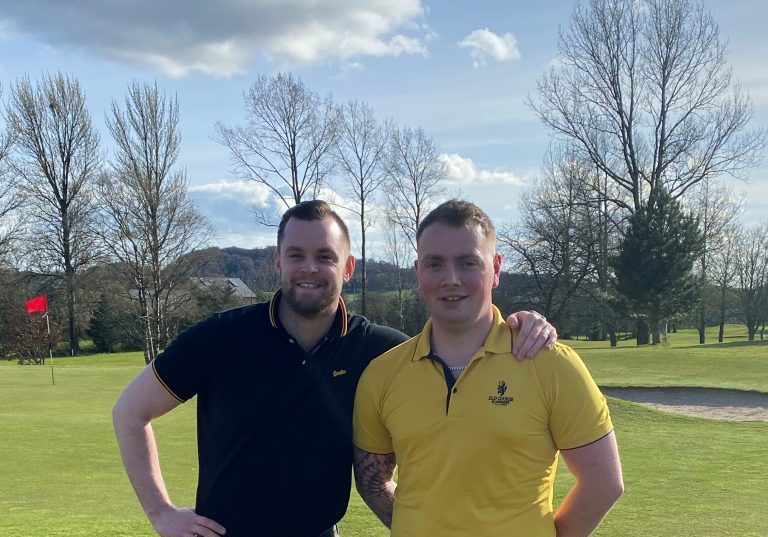 Adam Graham from Springholm and Darren Fortnum from Castle Douglas are going to be completing a 100 hole in a day golf challenge for Charity.

The Charities are very close to both the boy’s hearts and they are the Doddie Weir Foundation and Prostate Cancer UK the boys decided they wanted to do this challenge because they both really wanted to raise some money by doing something they both loved.

Darren has been playing golf for the last seven years and Adam has played for the last five years but both enjoyed playing as a junior throughout school. Adam chose The Doddie Weir Foundation as rugby has been a love of his since he was a young boy and having watched Doddie play for Scotland and in the borders with his dad. Adam met Doddie Weir three years ago at The Scottish Open and since then he has known he wanted to raise money for MND through the Doddie Weir Foundation to support and find a cure for MND.

Darren chose Prostate Cancer UK because it effects so many men all over the country and has affected many friends and family close to him, although both charities are loved by both Adam and Darren. The boys have been playing golf together for the last four years.

The Challenge will take place at Castle Douglas Golf Club on Saturday the 11th of June 2022.

The boys will start the challenge at four in the morning and expect it to take around fourteen hours to complete.

Anyone is welcome to join the boys for a hole or two any age and skill are welcome to come play for a small donation to the charities.  After the challenge there will be a Disco at the Golf club from 7.30 pm and everyone is welcome! As well as a raffle with some amazing prices up for grabs as well as lucky squares and guess the number of shots.

If you would like to donate, the boys would really appreciate any help at all, you can find the link to their just giving page by clicking HERE