Local Cycling Group Are Pedalling For The Planet 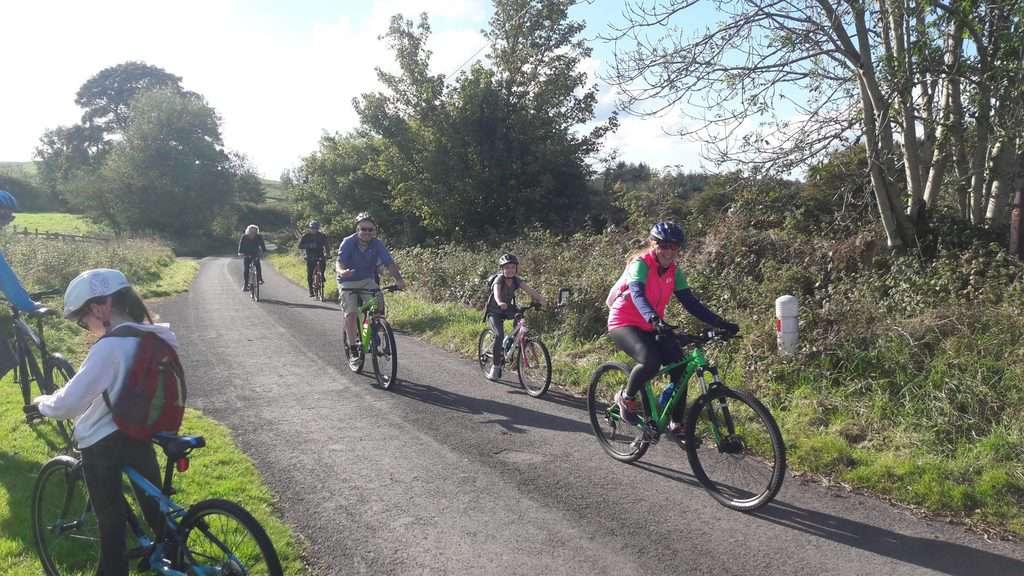 Local cycle campaigners are planning to light up the night in Dumfries this weekend as part of a national campaign to send a message to candidates in the coming elections about the part bikes could play in tackling the current climate crisis.

With the slogan “This machine fights climate change”, the group plan to recruit a local hero to share their message in an action during the hours of darkness on Saturday 24th April. Local cycle shops will be joining in the message, with window displays from Thursday 22nd April.

Cycling Dumfries have joined forces with Pedal on Parliament to highlight the importance of cycling and active travel as a tool to tackle carbon emissions from transport, the levels of which have not fallen at all in recent decades. By recruiting Kirkpatrick McMillan, famed local inventor of the pedal cycle, they hope to highlight the fact that cycling for transport is one way most people could easily cut carbon emissions now – but only if the conditions are right. Meanwhile G&G Cycle Centre and the Frothy Bike Co will be hosting window displays with the same message (DG2 Wheels and Powerbikes will also display posters) as part of the campaign.

Group organiser Rhian Davies said “Both the Scottish government and Dumfries and Galloway council have declared a climate emergency, but we’re not seeing much rapid action on the ground that would enable people to replace some car journeys with walking and cycling. In fact, we’ve seen endless delays on the improvement of the Dock Park crossing, the New Abbey Road cycle track and easier cycling in the town centre.”

John McLintock of G&G Cycle centre said “I feel privileged over the last year to have been able to talk face to face with people about cycling as we have been open throughout the pandemic. Fixing up so many bikes here at the shop and at the hospital, many people told us that cycling was their ‘little bubble of normality’.  Despite a global shortage of new bikes, people of all ages have found a way to get out on their bikes. Many have ridden for the first time in years often riding together as a family across generations enjoying quality time. I have been selling and repairing bikes in the town for over 30 years and this rise in interest in using bikes feels different to anything else I have experienced. Changes for the good, I hope.”

Pedal on Parliament organiser, Iona Shepherd, said “we’re delighted that Cycling Dumfries are taking our message to the streets of Dumfries.  During this election it is more important than ever that politicians realise that climate change is an issue that affects us all. Making sustainable travel like cycling, safer, is one thing we can do to change that. We want to see cross-party support for proper investment in active travel from all candidates. We really don’t have time to hang around on this issue, and as our message says, ‘the time is now’.”