Finders ‘Keepers’ As Hollywood Stars Fall In Love With Galloway 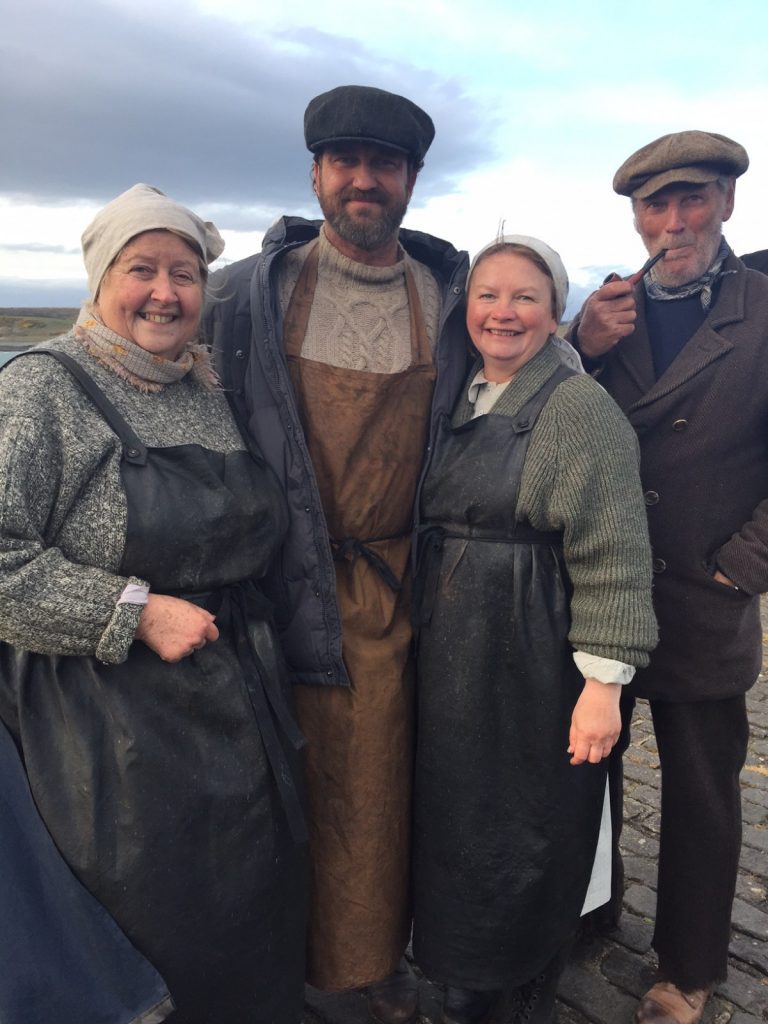 The Hollywood Buzz hit Scotland’s most southerly point earlier this year as Scottish movie stars Gerard Butler and Peter Mullan and a film crew arrived in the Rhins of Galloway to film their latest movie ‘Keepers’. Now that filming has finished and normality settles back in, DGWGO speaks to some of the team at Mull of Galloway Lighthouse about their Hollywood experience. 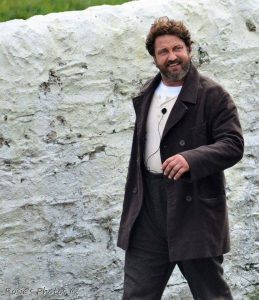 The story started in October 2016 the Mull of Galloway Trust was contacted by Alex Ashworth, Head of Production for Mad as Birds. Alex was looking for a particular location with a Lighthouse for a feature film called ‘Keepers’ inspired by the Flannan Isle Mystery. She said

“Mull of Galloway is the perfect landscape for the project being on an isolated headland as it can be manipulated to look like an island.”

Alison Smith told DGWGO ” Shortly after this meeting a press release was published by Mad as Birds about the film revealing that two of the leading actors were Gerard Butler and Peter Mullan.

After many emails, telephone conversations and a few more location visits ‘Mad as Birds Films’ and Kristoffer Nyholm ,the Director agreed that the Mull was their location of choice for the new movie. 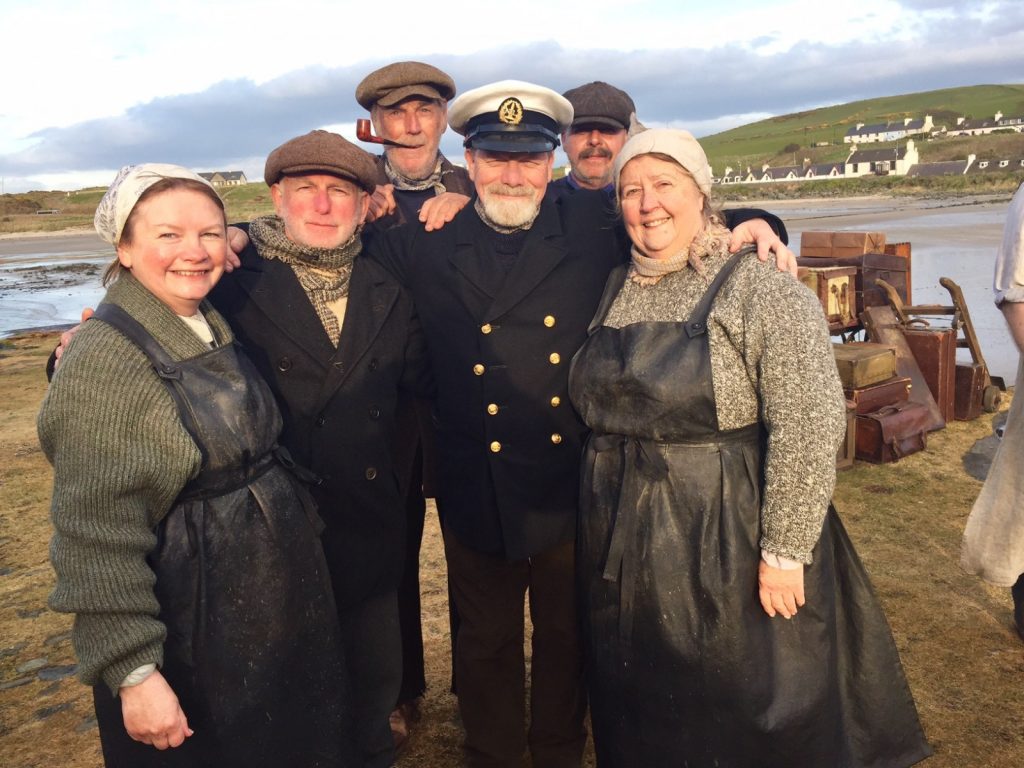 The Mull of Galloway Trust Directors were constrained by contractual arrangements and were unable to let anyone outside the Trust know about the film.“ 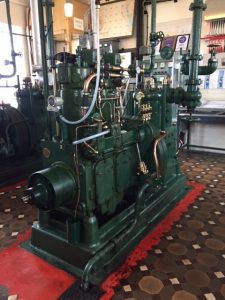 The Director, Kristoffer Nyholm, became aware of the engines for the Fog Horn now being operational after 30 years and an additional scene in the film was created to incorporate the engine room and the engines running.

Kittiwake House Holiday Cottage was used as a set and transformed from its modern condition into a very old Lightkeepers’ Cottage complete with Bakelite switches, dark paintwork and bunk beds! Lightkeeper’s Cottage and Puffin House were used by the cast and crew as the ‘green rooms’ for relaxing in-between shoots, make up and for refreshment’s.“ 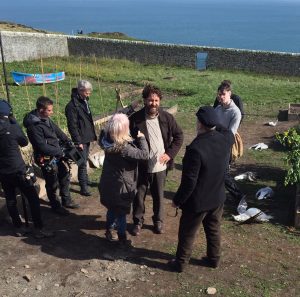 The Lightkeepers’ Walled Garden was transformed with the addition of beds containing kale, fruit trees and herbs and during filming there were around a dozen hens wandering around the garden and a Dog Chapel was erected near the helipad.

Gerard Butler, Peter Mullan, Connor Swindells and Gary Lewis have all been involved in filming “Keepers”, a thriller written by Joe Bone and Celyn Jones. The story is based on the Flannan Isle mystery where three Keepers mysteriously vanished in 1900, however the film is set in 1939. 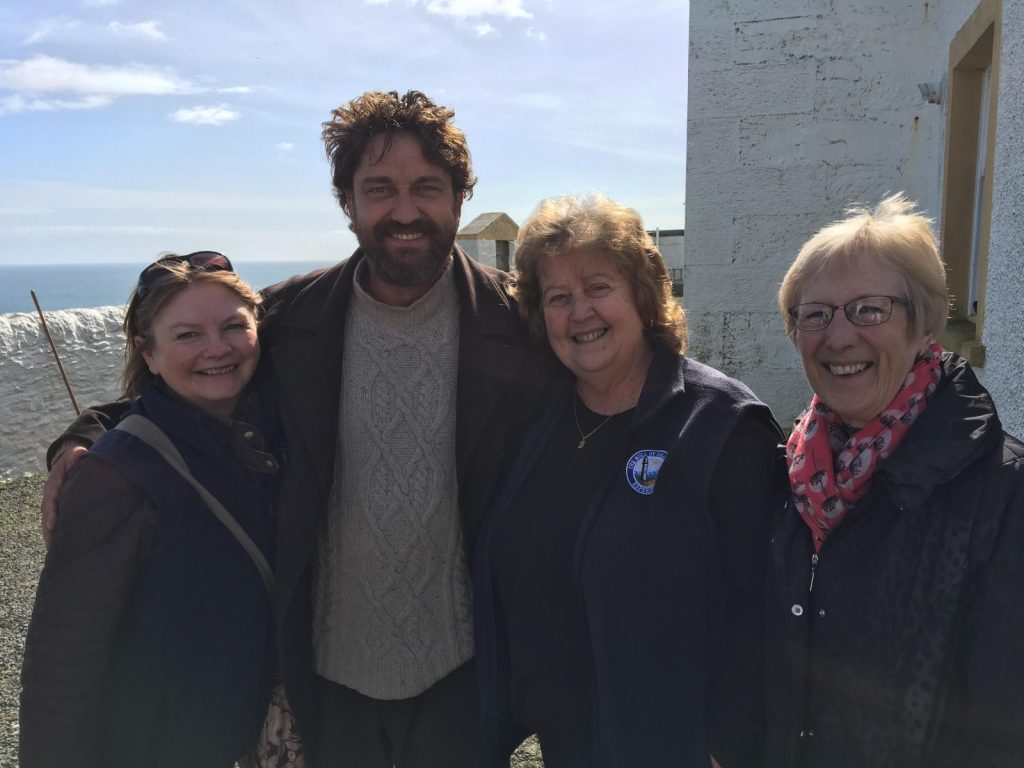 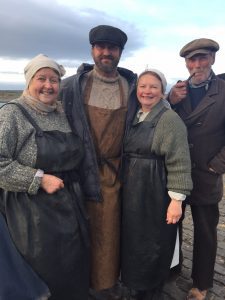 Three members of the Mull of Galloway Trust – Alex Peebles, Maureen Chand and Marketing Officer Alison Smith were invited to be supporting artists and filmed for two days on the pier at Port Logan in rather chilly conditions.

On leaving the Mull of Galloway Gerard Butler wrote in the guest book at the Mull of Galloway Lighthouse:“What a breath-taking location to spend some time in. Warm and welcoming and dangerous and foreboding at the same time. Thanks for the hospitality and allowing us in to tell our story. I get to be a keeper at one of the most beautiful locations there is”. 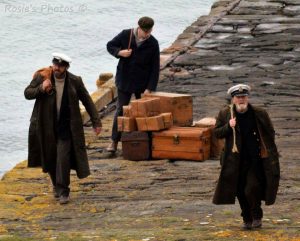 Filming has taken place in various other locations in the Rhins of Galloway including Port Logan, Corsewall Lighthouse, Killantringan Lighthouse and bay and a former cash and carry building in Stranraer was transformed into a film set. The local economy has benefitted from the making of this film and the area has gained lots of publicity via the press and media. This can only be good for the area and puts the Rhins of Galloway on the map.

The film is due for release next year.