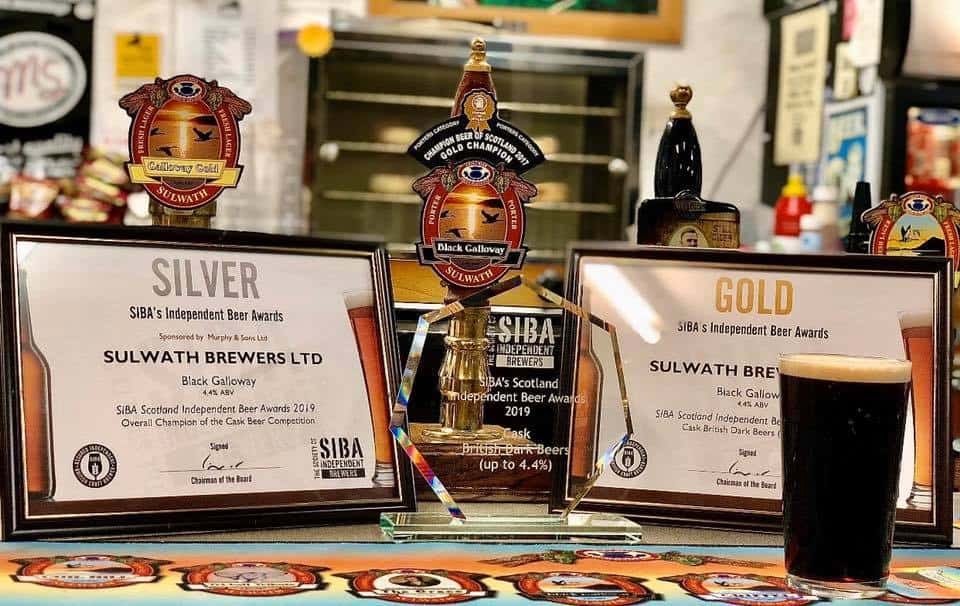 The Team at Sulwath Brewery based in Castle Douglas, Dumfries and Galloway are delighted to announce that they have won Gold at the 2019 SIBA Scottish Independent Beer Awards for (Cask British dark beers up to 4.4%) with Black Galloway Porter & also Silver for the Overall Champion of the Cask competition.

Allen Henderson, Managing director at Sulwath Brewery which opened back in 1995 told DGWGO Food and Drink News “We are delighted to be part of such a great team at Sulwath and we are humbled to have won another great award for our beers. This goes to show the pride and dedication our team at Sulwath take in every one of our beers. We look forward to the British Championships next year”

This fantastic beer is also the current CAMRA Champion Porter of Scotland 2019 & a finalist for next years Champion Beer of Britain!

The Brewery address is 209 King Street, Castle Douglas and it is open to the public Monday to Saturday every week 10:00am  – 6:00pm

Find out more on the Sulwath website by clicking HERE