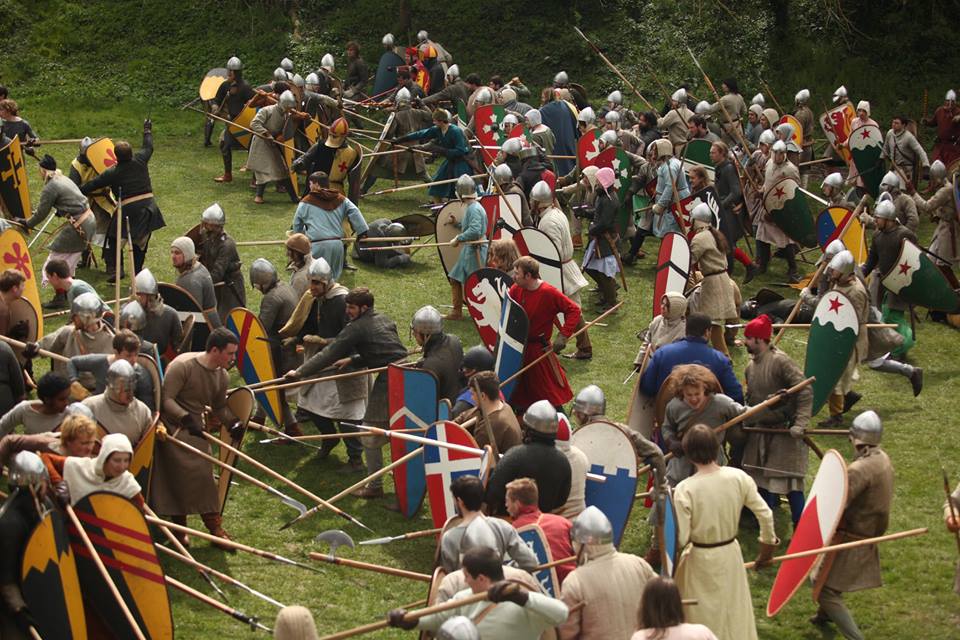 The stage is set for a historic event in Annan this weekend.

Over forty members of Historia Normannis will descend on the town in South West Scotland this Saturday and Sunday 23/24 July as part of Annan History Town’s Summer Festival.

It will take place at the Motte & Bailey (see note 1 below), Everholm by the river Annan.

Visitors to the event will see, feel and hear first-hand aspects of the lives and deaths of 12 th . Century people including knights, craftsmen, ladies of the court and barons of the realm.

From dynamic and exciting massed combat, knights displaying their prowess in the tourney, displays of archery, woodwork, metalworking, to the singing and music of the time, Historia Normannis will show you the workings of 12th Century life and offer a history lesson you will never forget.

Admission is only £5 per adult each day (from 11am to 4pm) with accompanied children (12 and under) free. Advance tickets can be purchased online at www.annanthehistorytown.org and click on Festival Events.

There will also be a medieval fashion show, with visitors invited to attend in medieval attire (prizes for the winners!)

Each day, the event will end with a tournament as the knights fight it out to become the victor.

Make Annan (see note 2 below) your destination this weekend and enjoy a step back in time.

1. Located on the River Annan close to the Solway Firth, a sea inlet and natural boundary, and near to the border between Scotland and England, the medieval settlement at Annan played a strategic and defensive role in the life of the nation. During the Wars of Independence, the area was of key importance as one of two principal routes into the country from England. Travelling north from Carlisle, the River Annan could be forded, and any army invading on the west would inevitably choose to cross at the town of Annan. In 1124 King David II settled Robert Bruce as the first Lord of Annandale and the Bruce family held the lands of Annandale of almost two hundred years. They built the defensive motte and bailey in Annan in the 12th century. The 7th Lord of Annandale was Robert the Bruce who was crowned king of Scots in 1306.