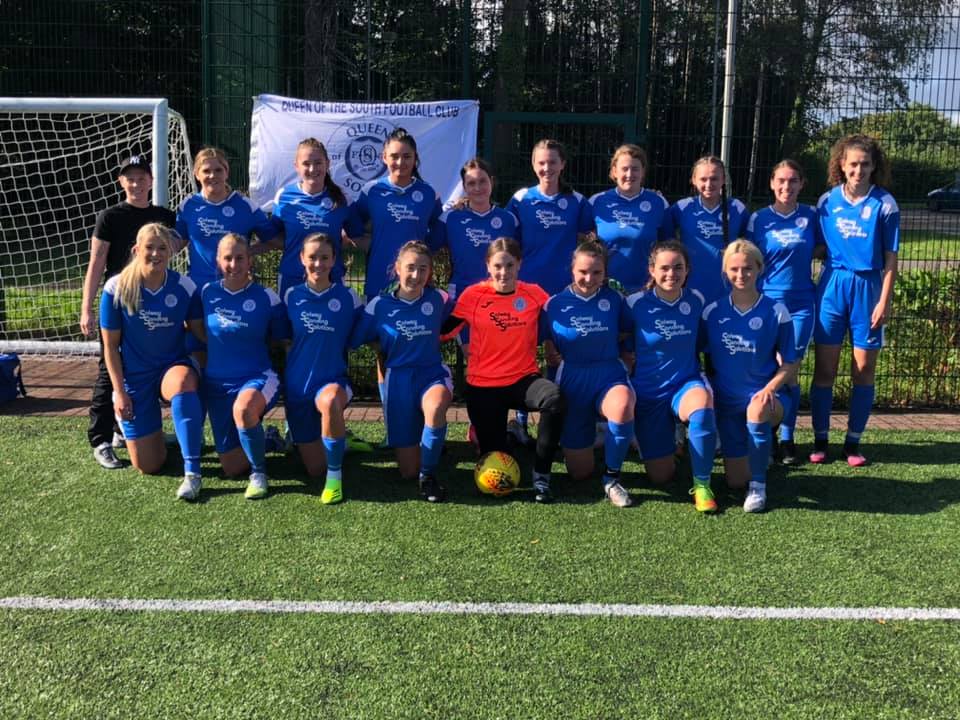 Queen of the South ladies suffered their first league defeat of the season when they went down to Giffnock Ladies at Eastwood, Glasgow.  Queens started well and took the lead when a shot from range by Siobhan Hodgson looped over the keeper and into the net.  Queens took confidence from this and dominated the early part of the game, with their high intensity play pinning Giffnock back.  However it was Giffnock who scored after 20 minutes following a breakaway, and five minutes later they took the lead when Queens’ defence failed to deal with a corner kick.  Giffnock stepped up a gear and controlled the rest of the half, but Sophie Ingram in goal for Queens made a great double save to prevent Giffnock increasing their lead.  Queens had a couple of opportunities to equalise but the Giffnock keeper  managed to keep out their attempts.

The second half became a bit scrappy, with a number of Giffnock players going down with injuries.  It was Giffnock who grabbed the crucial third goal in the 55th minute, and despite Queens throwing everything at them there was no further scoring.  Queens have a free weekend before taking on  Bishopton a week on Sunday at NWCC in a game that could go a long way to deciding the destination of the league title.  No pressure, Ladies!