Sharks Reunited In Good Cause 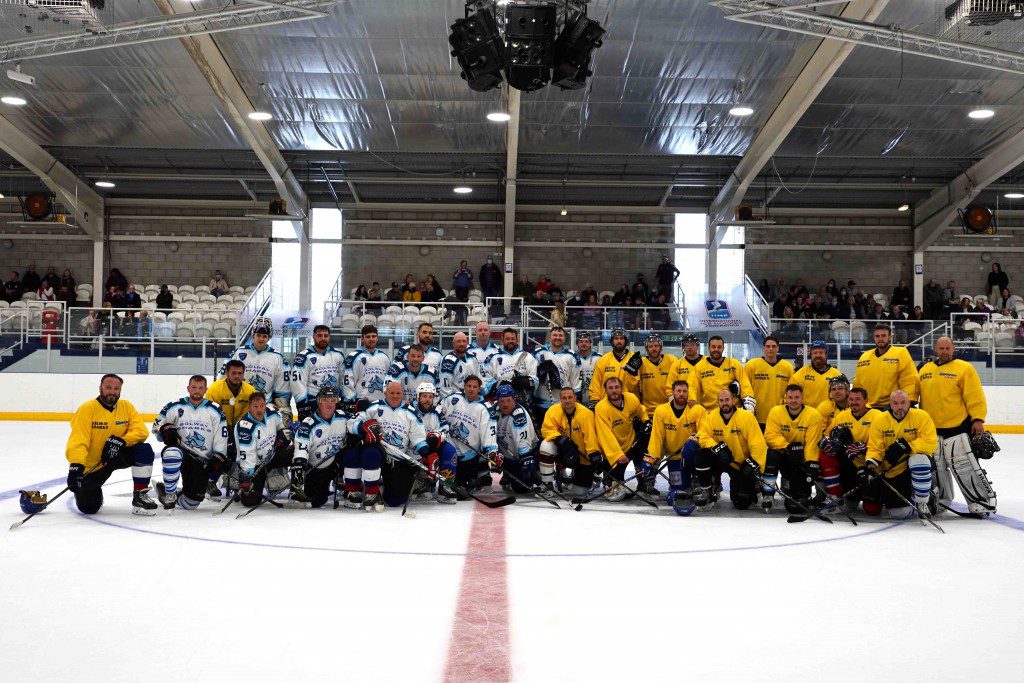 Solway Sharks players old and new took to the ice at Dumfries Ice Bowl recently to raise funds for a prostate cancer charity as part of the first ever Solway Sharks Alumni weekend, and in the process delivered the first competitive game of ice hockey to take place since Covid hit in March 2020.

Organised by Sharks coaches Jamie Thomson and Martin Grubb, the game accepted entrance by donation from the pre-booked, socially distanced spectators who flocked back to the rink, eager to get back to watching the sport they love.

Jamie Thomson told us, “For years players have dedicated their time and efforts to the club and once they retire its like they are forgotten. During Covid we discussed this and wanted to bring everyone back together in the hope that we would not only have this as an annual event but see more of our former staff and teammates at our games the way it should be, as they will always be part of our club.  The new management have been fantastic in support of this.”

With a mixture of former Sharks’ legends including Robert Chalmers, John Churchill, Jamie Thomson, Mike Thomson, Mark Gallagher, Goge Whyte, Bari McKenzie and younger legs in the form of Duncan Spiers, Liam Stenton, Lewis Houston, and Rik Bentham there was plenty of skill on show.  Although the score was largely immaterial there was a competitive atmosphere and a good game played out, with end to end action and a final score of 8 – 6 meaning there was plenty of action to keep the crowd entertained.

Jamie added, “In addition to a great day, due to the generosity of the spectators at the game we raised in excess of £400 for Prostate Cancer – huge thanks to all who came along and donated.”

SharksTV was in attendance, filming the action and interviewing players, and the footage will be on their facebook page this week.

Solway Sharks are getting ready to take part in their first games since March 2020 this month, details of fixtures are on their facebook page as well as their website at www.solwaysharksdumfries.co.uk  There are various sponsorship opportunities available for the new season, contact sharkscommercial@aol.com for details.  Keep your eyes on Sharks social media channels for details of player signings for the new season.