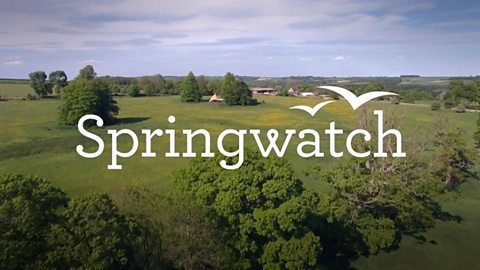 As Springwatch returns to BBC Two on Tuesday 26 May for a special series of live programmes Chris Packham, Gillian Burke and Iolo Williams will be joined by guest presenters Steve Backshall, Ellie Harrison, Gordon Buchanan and Megan McCubbin from their home patches across the country.

Wildlife presenter Steve Backshall will join the team from his home patch on the Thames, ecologist Ellie Harrison from her Cotswold base and wildlife cameraman Gordon Buchanan will cover nature stories from Scotland.

In addition, wildlife TV presenter and zoologist Megan McCubbin will join her step-father Chris Packham, with whom she has been self-isolating in the New Forest. Megan will share her fascination with animal science and her observations on how this spring is developing for our wildlife.

This series will celebrate both the wildlife and the science stories that showcase the diversity of UK habitats and species and will feature a number of pre-recorded films, captured just prior to the Government restrictions on movement. More recent content is being shot in accordance with official guidance on self-distancing.

Steve Backshall says: “Springwatch is a time for the whole nation to come together and plug into our wild world at its very best. It’s a chance to see the secret lives of our British animals and celebrate the grand and glorious natural canvas that makes our countryside so special. This has been a spring like no other, but how has it affected our wildlife and wild places? This is a once-in-a-lifetime chance to find out.”

Ellie Harrison says: “This spring, perhaps like any other, we are turning to nature to keep us well. I’m absolutely delighted to be joining the Springwatch team this year and really looking forwarding to sharing the wonders of our wildlife from my own patch in the Cotswolds.”

Gordon Buchanan says: “One downside of my globetrotting work as a wildlife filmmaker is that I haven’t witnessed a British spring in its entirety for over 15 years. But now, being home here in Scotland, the wonder of nature has been my key distraction in these challenging times – perpetually fascinating and endlessly fulfilling. I am hugely excited to be part of Springwatch 2020 and will do all I can to bring a big slice of wild Scotland into people’s homes from the stunning Loch Lomond and the Trossachs National Park.”

Megan McCubbin says: “In this challenging time of self-isolation, we have found ourselves engaging with the wildlife in our communities like never before. This is an exceptional year for Springwatch and for UK wildlife, so I am incredibly excited to be part of the team bringing the latest science and stories to your screens.”

Springwatch will return to BBC Two for three weeks from Tuesday 26 May at 8pm.

The series is produced by BBC Studios in partnership with The Open University and was commissioned for the BBC by Jack Bootle, Head of Commissioning, Science and Natural History. It will be executive produced by Rosemary Edwards for BBC Studios.