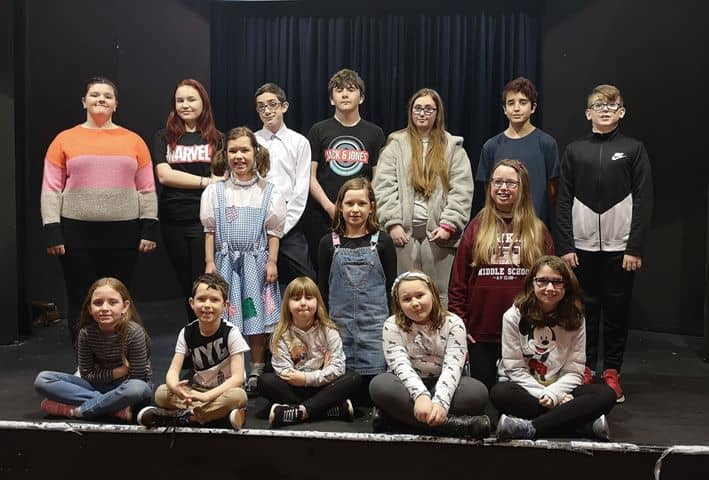 A musical created by a local duo will be given its premiere later this month thanks to one of Dumfries’ youth theatres.

Offshoots performs The Toymaker of Rainbow’s End to Brigend Theatre on Friday and Saturday January 24-25.

The children have been working hard for months to transfer the vision of John Robert Neil and Sheila Chalmers to the stage.

With an aim to make musical theatre accessible for all, Offshoots is run by volunteers and is a nonprofit group, with this its third production.

Show director Jane MacFarlane said: “Offshoots are really proud to be bringing the Toymaker of Rainbow’s End to a public audience for the first time. The story and songs are delightful and the children have enjoyed the wonderful opportunity of working directly with its writers”.

John wrote the music and Sheila the libretto or text and the story centres around the Guild of Ancient Toymakers trying to save Christmas by finding a replacement for Santa as he gets set for retirement. John said it had been wonderful to work with the children to bring the story to life.

Choreographer Sharon Mitchell added: “The children in the company are incredibly creative and often lead the way with our dance moves, which makes my job much easier. They have also helped make many of the props and backstage decisions, so we can’t wait to see it all come together on the stage”.

The show is at Brigend Theatre, Dumfries on Friday January 24 at 7.30pm and Saturday January 25 at 2.30pm

Tickets priced £8 for adults and £4 for children are available now from the Theatre Royal or online at www.theatreroyaldumfries.co.uk.