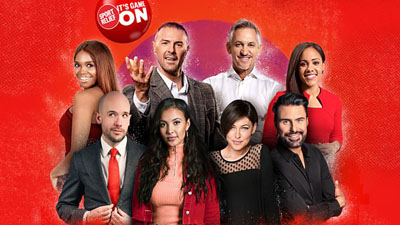 Sport Relief 2020 is back on March 13 live on BBC One with a host of musical megastars in store including Rita Ora, KSI, The Pussycat Dolls, Celeste and John Newman as well as the cast from top musicals Back to the Future and Dear Evan Hansen.

Pop sensation Rita Ora, the first British female solo artist to have 13 top ten songs in the United Kingdom, will be performing her brand new single How To Be Lonely. The new single is written by fellow chart topper Lewis Capaldi and her Sport Relief performance will be a world exclusive of the track. No stranger to the charity, Rita helped Dermot O’Leary complete a 24-hour dancing challenge for Red Nose Day in 2015.

Global influencer KSI will be in the studio to perform his new single Wake Up Call in his first ever TV performance. The YouTuber made his musical debut in November 2019 when he released the hit single Down Like That.

Live in the studio, The Pussycat Dolls will entertain audiences with their single React. The performance is one of only a handful since the Dolls officially announced their return to the music scene in 2019.

Winner of BBC Music’s Sound of 2020, Celeste will treat audiences to her latest single Strange. Celeste has also received the Brits’ Rising Star award and was named BBC Music Introducing’s Artist of the Year in 2019.

Three time Brit Award nominee John Newman will also perform his brand new single Stand by Me during the big night of TV.

Fire up the DeLorean, as the cast of the brand new musical Back To The Future are set to dazzle with a world exclusive medley from the show. The cast of Dear Evan Hansen will also come straight from Broadway to perform You Will Be Found to audiences in the studio and watching from home.

Money raised by Sport Relief helps tackle issues such as mental health stigma, domestic abuse, homelessness and poverty, in the UK and around the world. 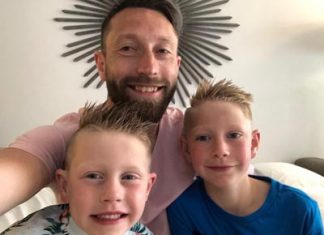