Dumfries-raised singer-songwriter Zac Scott announced the self-release of his first album, “For The Love Of…”. Due on October 1st 2019 after a series of events and gigs, it is a hotly anticipated announcement from the 25-year-old songwriter, who has enjoyed a lengthy creative and responsive process throughout 2018 to devise this new collection of songs. 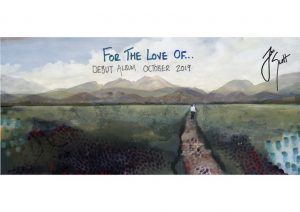 Zac told DGWGO Music News “A dedication to Scotland and Iceland, “For The Love Of…” is bold and intimately intense, featuring an ethereal soundscape created by strings, synths and percussion, capturing the essence of those wildernesses. Produced in Glasgow’s Southside by Thomas Brumby and recorded in his studio, the 12-track album (featuring three delicate instrumentals) has been made possible by working with a core group of musicians from Dumfries, Glasgow and Iceland – Stuart Macpherson, Cameron Black, Grace Dale, Sarah McWhinney, Kenny Cormack and Gudrun Soley Siguradardottir.”

Influenced by the likes of James Blake, David Gray, Glen Hansard and Olafur Arnalds, this emerging artist’s new work is one to keep an eye on!

Jan 23, 2020
POLICE in Dumfries are making enquiries to trace a male person after a quantity of clothing was found near to Buccleuch Street, Dumfries this...