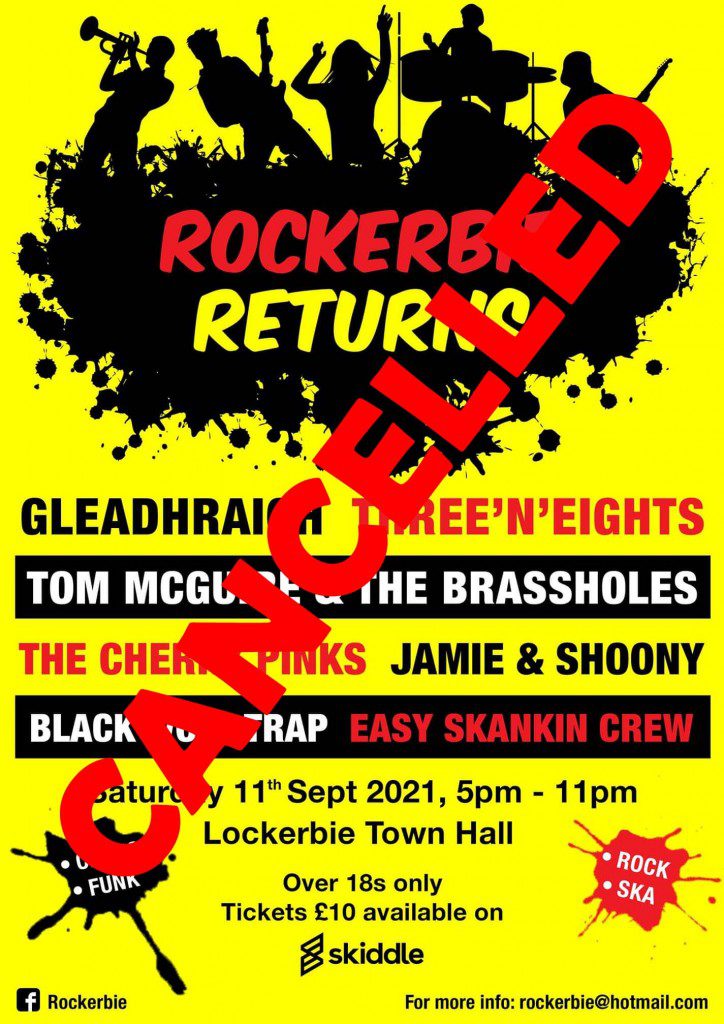 Organisers of Rockerbie, Lockerbie’s very own music festival, that was due to headline bands including ‘The Cherry Pinks’ and ‘Easy Skankin Crew’ have announced today that their planned return in September has had to be cancelled.

In a post via the festival’s Facebook page this morning they stated “Due to reasons beyond my control I am having to cancel Rockerbie Returns. As you can imagine this is a very hard thing to do, I had been so looking forward to seeing live bands in Lockerbie once again but it is not to be. I would like to take this opportunity to thank the bands that had got on board, the behind the scenes people and everyone that has bought tickets. Don’t worry you will get refunded by Skiddle.

Since the very start of planning for the first Rockerbie ten years ago this has been one of the hardest times to take in.