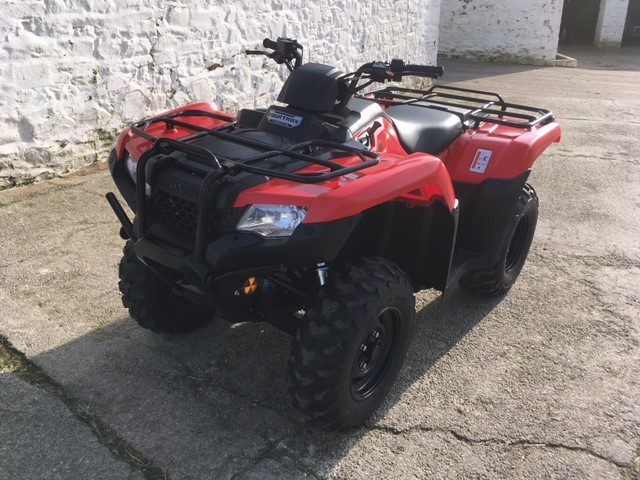 POLICE Scotland officers are investigating after a number of quad bikes were stolen from farms in Annandale and Eskdale in recent days.

Sometime between 2:30 PM on Saturday 16th and 6 AM on Sunday 17th February 2019 a green coloured Honda Grizzly quad bike bearing the registration number SJ11GFE was stolen from a farm near Canonbie. The machine is valued at £2,000.

A red coloured Honda TRX500 quad bike, valued at £4000 was stolen from a shed at a farm in the Waterbeck area sometime between midday on Sunday 17th and 9 AM on Monday 18th February 2019.
A Military Green 350cc 2009 “GRIZZLY” quad bike was also stolen from a farm near Gretna sometime between 6 PM on Monday 18th and 7 AM on Tuesday 19th February 2019.

Detective Constable Michael Scott said “Over recent weeks we have seen a spike in thefts from rural locations and I would encourage farmers and landowners to report all incidences of rural crime. If anyone recalls seeing or hearing any suspicious activity, particularly around farms and rural areas where plant is located, I would ask them to get in touch on 101”.