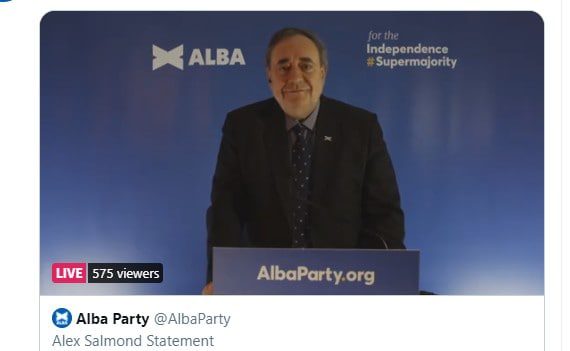 Scotland’s ex First Minister Alex Salmond has announced via ‘Zoom’ today, March 26th that he is the leader of the new Scottish Pro-independence ‘Alba Party’

Mr Salmond stated his intention to run for the upcoming Scottish Parliament election as the leader of the new Alba Party online today.

The party will only contest list seats but expects to field a minimum of four candidates in each regional list.