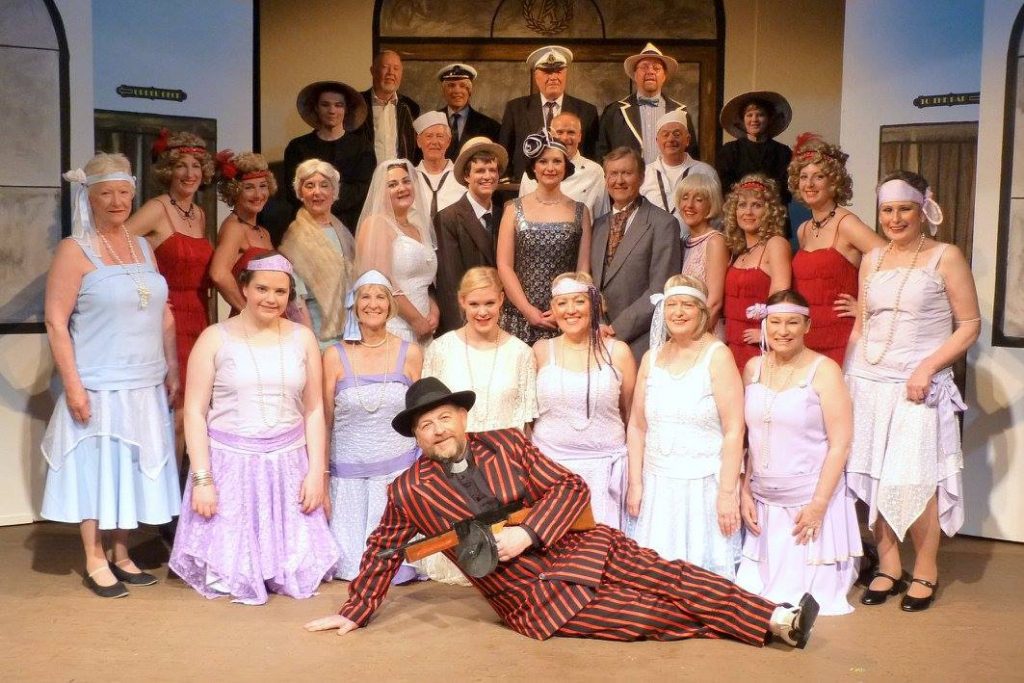 This past week Dumfries Musical Theatre Company (DMTC) performed the revised version of Cole Porter’s Anything Goes at the Brigend Theatre in Dumfries. 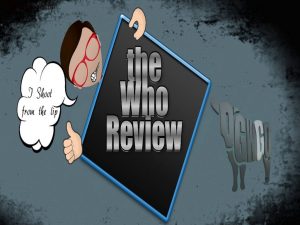 Now the usual spring Performance for the DMTC usually takes place at the Theatre Royal in the town but with the ongoing development there they went back to their home of the Brigend, I love the Brigend theatre it has such an intimate relationship with the audience you genuinely feel part of the performance as everything takes place in such close proximity, in saying that putting on a production with heavy cast and ensemble numbers plus musicians can always be seen as a risk. Thankfully the risk paid off in the most part.
This show provides many fan favourites when it comes to the songs:- Anything Goes, Blow Gabriel Blow, I Get A Kick Out of You and You’re the Top. Under the direction of DMTC stalwart Stewart Cameron they brought to life the onboard adventures of the SS America and the comedy that ensues. Rhona Davidson adopted the role of Reno Sweeny and ex evangelist turned nightclub singer and what an adoption it was very strong vocals that blew the audience and cast away and made her the clear standout in this performance. Fay Weir played the frustrated with her mother’s choice in suitor Hope Harcourt very well across from her characters real love interest Billy Crocker played by Adam Pool, he was described as a relative new comer to the DMTC and mentioned in the programme of his nerves and yet while some nerves were evident on the solo numbers his comedic timing saved the character on the night. The main comedy role of Moonface Martin fell to Roy Stairmand who played a blinder with the character and made this supposed number 13 on Americas most wanted list a loveable rogue with the naivety and general lack of understanding the character exudes. Special mention goes to newcomer and choreographer Amy McCreadie who took upon the unenviable task of creating dances on such a small stage but credit to her she did exceptionally well a treasure for the DMTC to hold onto. 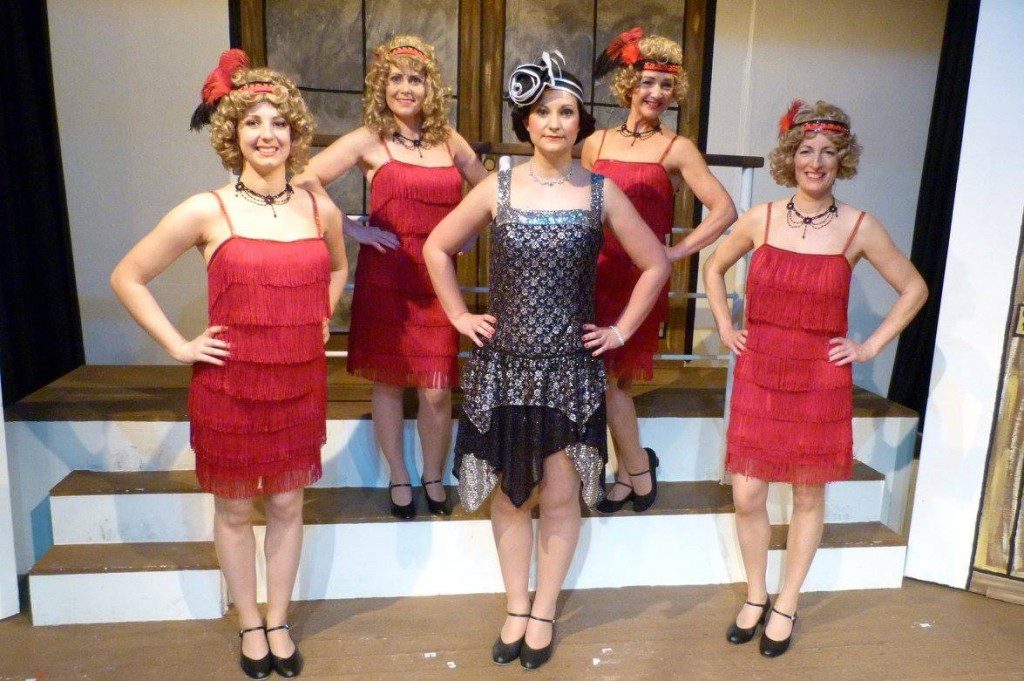 As I said previously on the whole the performance worked, the one difficulty they had and will continue to have was the level of the music, although performed extremely well under the supervision of Christopher Watt and including Roland Proudlock, Angus Bruce and Stephen Kemp, some of the singing was lost to the music and made some songs inaudible. This is frustrating more than anything with the amount of work put in by cast and crew, maybe for the future if they include a band as opposed to just a pianist they will consider strong stage pick up mics to aid the audiences enjoyment.
Once again though hats have to be taken off to this amateur dramatic society from costumes of the correct era and hair to the music, singing and acting, onstage and off the whole company put in so much effort for little more than the love of it, giving up free time and pitching in where ever was required. I for one laughed from beginning to end and sung along in whispered tones to the songs I knew, I look forward to future performances in this gem of a theatre with such a dedicated group.