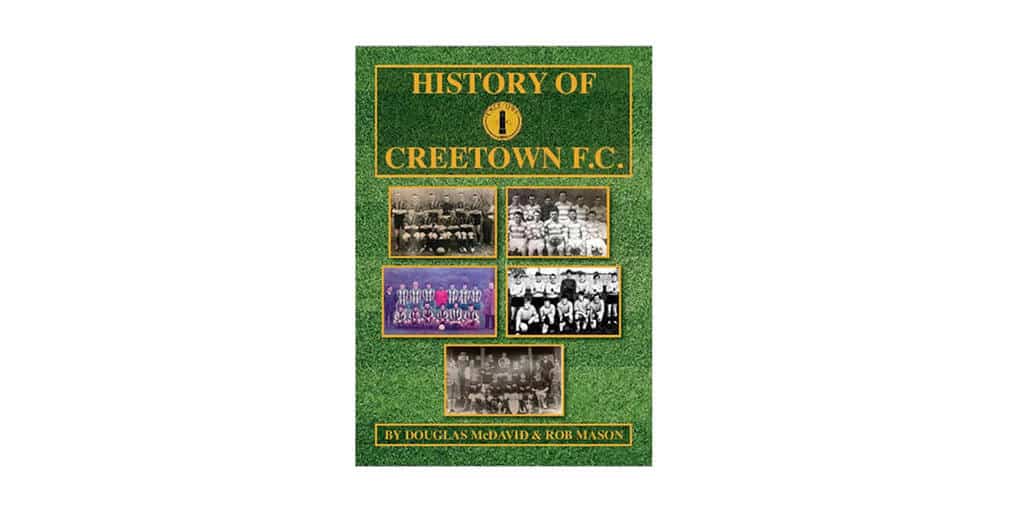 A new book covering the history of Creetown Football Club has been published.

It is 100 years this year since they became known simply as Creetown F.C. but the club actually began life in 1884 when they were originally known as Barholm Rovers. The new history traces football in Creetown right from its roots to the present day.

Did you know that a former Creetownian once played against Pele, that World Cup final goal-scorer Martin Peters once presented a trophy to Creetown after he had watched them defeat a team including former Scotland Player of the Year and Rangers European hero Dave Smith, or that a former Creetown player took part in the 2016 English FA Cup final? These and many other tales are revealed in the book which has been written by football writer Rob Mason and life-time Creetown supporter Douglas McDavid, the son of one of the club’s stars of the fifties.

With a foreword from former Creetown goalie and top class referee Wullie McKnight, look out for the amply illustrated book which costs £5 and is available in Creetown from Wullie Lindsay Butchers, Creetown Store or Barholm Arts & Crafts and in Newton Stewart from Central Laundrette or Laura’s Gift Shop. Alternatively online at: https://store.creetownfc.co.uk

Community and Place at the heart of Borderlands.